Trade-up to a new M camera!

Leica Camera celebrates a decade of digital M photography with a trade up program to a new M camera* from today, June 17, 2016 through September 30, 2015.

Leica cameras are built on more than a century of continuous innovation and evolution. The M system looks back on 62 years of experience. An icon that has captured many of the world’s most memorable images, documenting history and inspiring generations of visual storytellers. It is fitting that this milestone is marked with a customer promotion for M cameras*.

With the trade up program, customers can trade up from any camera with a Leica dealer to a new Leica M camera* except the Leica M (Typ 262) and Leica M-D (Typ 262). 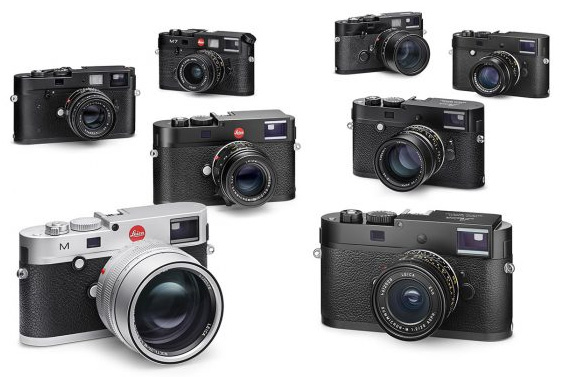 How the trade-in program works:

Send us (or bring) your old used camera for trade up, we will determine the value of the trade-in camera. (Generous offer for ANY camera!! Please Call sam 1-888-534-2272 or email Sam@classicconnection.com)

(All registrations and check requests will take eight weeks to process and will be mailed to addresses in Canada and USA.)

The first medium format digital I owned was the Contax 645 with a Phase 25 back. I liked the Contax, but it was a retro-fitted MF SLR and a little clumsy to work with. When the Leica S2 came out I pounced on it. It felt great in hand. The ergonomics reminded me of my all-time favorite SLR, the Leica R8. The files were great, the color rendering fantastic and the German Leica lenses being stellar, offered up sharp almost analog feeling images. I thought the camera was incredibly well thought out, with a minimalist approach to sub-menus, and no extraneous features, like face recognition. There were however, executional flaws. The camera had one, non-movable focusing point. The continuous frame rate was slow, a hair over 1 per second, the buffer often got overwhelmed in sequential shooting, and the noise reduction, which could not be disabled, caused the camera to lock up on me on more than one occasion – once during an aerial assignment. I had to remove the battery – while in the helicopter – let the buffer dump and reinstall it. I started shooting again right away but at a slower pace. That seemed to help. The other BIG issue is Leica service. I sent my S2 to Germany for service a couple of times and it was glacial. On one occasion I waited three months to get my camera back. Yes, Leica did loan me a body, paid for shipping both ways (my camera was an S2P and had a loaner provision in the warranty) but I am always fearful of something happening to a loaner. For that reason only, I am holding on to the old S2-P body, just in case. When the second generation of the Leica S was announced and I read of the feature changes, I yawned, there was not enough to compel me to drop another 20K on a new body. Then, the third generation, the 007 was announced. The list of enhancements was enough to make me call Sam Shosan and ask “what do you know about the new S?” What he did know was that it was going to be a major revision, what he didn’t know was the availability. As is typical with Leica products announced delivery dates are a wishful fantasy and actual delivery dates can be years away. Originally announced for delivery in the fall of 2014, I got mine Christmas eve of 2015. Sam’s running joke is that Leicas are made of unobtainium.

My first impression of the new S 007 is quite favorable. I think it has almost everything I would want in it, as well as 4K video, which I personally have no use for. Here, so far, are my favorite enhancements to the new Leica.

#1 with a bullet is live view. Love it. I have had it on on my DSLRs for years, but it took three generations of the S to bring it forward with the CMOS sensor, I suppose for video function.

#2 on my personal hit parade is the movable focus point in live view, unfortunately only in live view. It also has focus peaking, another touch I like and one can even customize the peaking color.

#3. Reviewing and magnifying images is much easier now with the joystick. You can jump right to 100% magnification or magnify in steps using the shutter speed dial and easily move around the image with the joystick. I love how easy this is. In the S2 it is a multi step process.

#4 is the new display. The display on the S2 was only 490,000 dots, when I magnified some images I thought I was out of focus. When I got back to my computer I saw they were sharp. Fortunately I hadn’t deleted any in camera. To be candid, that sort of undercut my confidence when I was working. The new display is 921,000 dots, I can see clearly now.

#6. The Buffer, boss, the Buffer. The Bond edition is capable of 3.5 frames a second, for a medium format camera, that is outstanding.

#7. Wi-Fi? Yes there is an app for that. Apple has the Leica S app with pretty much full control of the camera from your smartphone. Just set up a wifi network between the camera and phone or tablet.

#8 GPS. I don’t know that I would ever use this feature, but it is nice that Leica has included this and Wi-Fi without additional add-on gear.

I often say I don’t need to know how sausage is made to enjoy it. In the same vein, I have never been much of a gear head when it comes to cameras. As long as they have the features I need, produce sharp, high quality images and are reliable, I am happy. For those of you who want to know the salient geek-aspects of the camera I offer up the following from Leica’s manual, leaving out the video aspects for the time being.

The Leica S 007 at work. This was the first set-up photo taken with my new S 007. I used the 120MM Makro Summarit-S, F11, 1/12th sec. (mirror up), ISO 200, available light. I used the live view so I could place the focus point on the magazine’s masthead. Perhaps Leica can do a firmware update to enable the movable focus point in standard view. Nah, that would make too much sense. 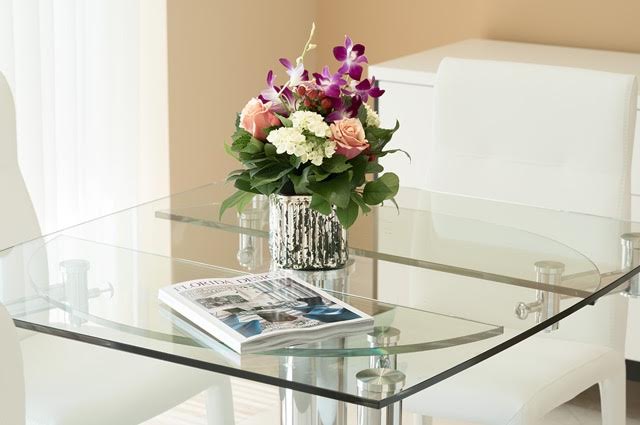 Next is a head to head comparison, or as close as I could get, of higher ISO images with both the S2-P and the S 007. The S2-P as mentioned earlier has a 1250 ISO limit, so the closest I could get to that on the S 007 was 1600. White balances are matched at 3950, I tried to keep the shooting position as close as possible and there are no crops or curve adjustments in the images. Exposure was 1/30 @ F8 on both cameras. 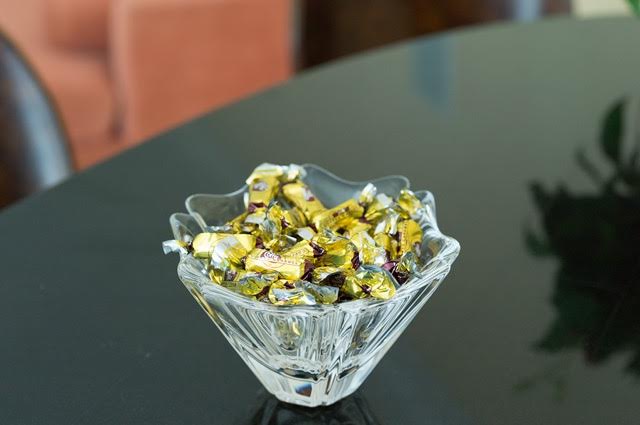 This is the image from the S2-P 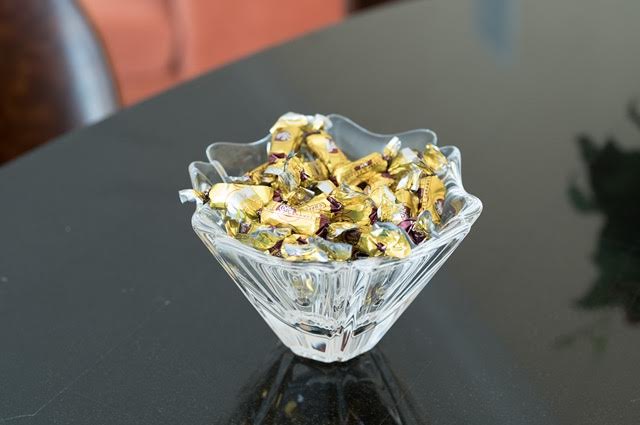 To my eye the image from the new Maestro sensor in the S 007 is cleaner. There seems to be a slight greenish bias in the original S2. A detail of the images shows that both cameras handle noise well, but the S 007 image is cleaner even with the 350 ISO differential. 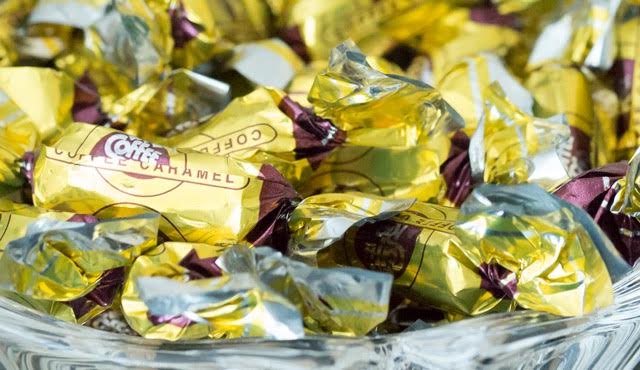 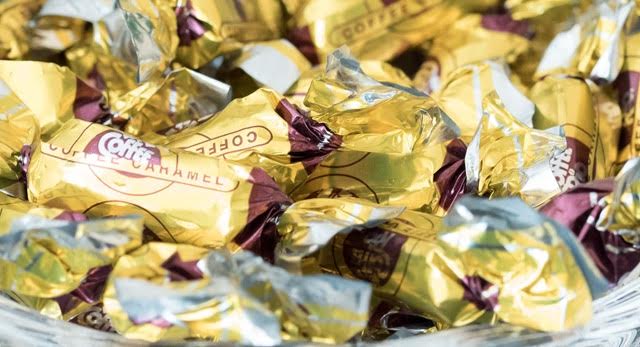 For each new generation of high end cameras we see an increase in the dynamic range of the sensors. I took this shot, handheld, which shows the high ratio of highlight to shadow with the Summarit S 35MM, 125 @ 6.8, ISO 200. I used the multi-point metering and made no exposure compensation adjustments. This is the image as it came out of the camera, except for corrections for vertical and level. 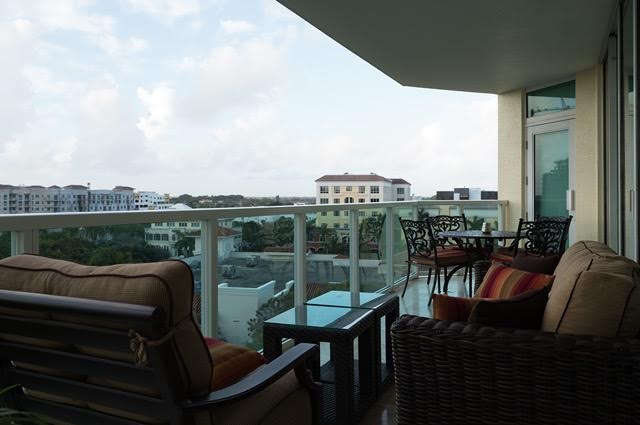 This is the same shot processed only in Lightroom. I did not change the exposure. I used AWB, set highlights at -59 and shadows at 84. I adjusted the clarity to 21 and fine tuned the orange, yellow, blue and aqua sliders. Notice that there is no CA anywhere in the shot. 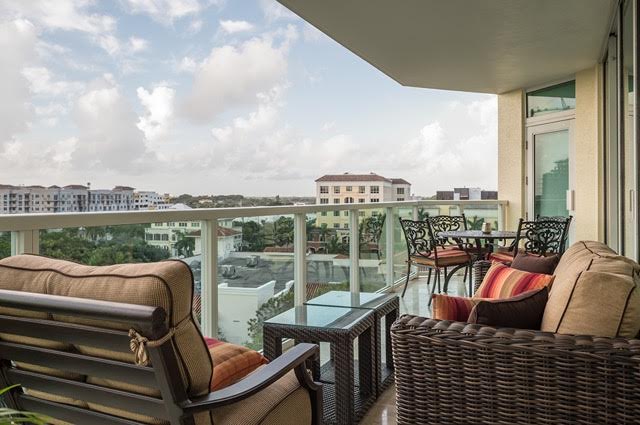 I then took the image into Photoshop for a little more post-processing, neutralized the tone and gave the image a bit more snap. Were I shooting this for an assignment I would have taken more than one frame and used fill light, but the point of this photo is to show the dynamic range of the Maestro sensor in the S 007. 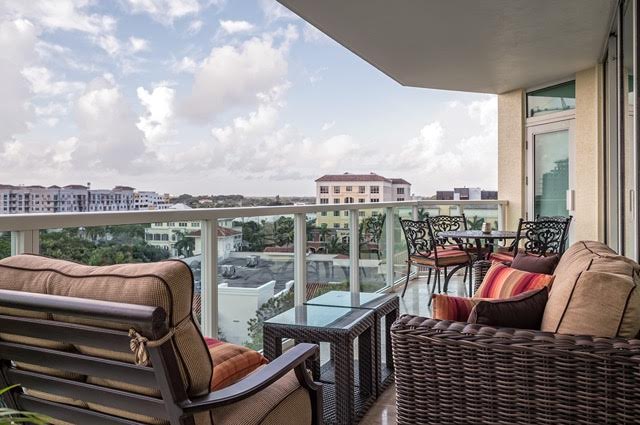 I recently took a trip to San Francisco and the Napa Valley and took my S (007). Of course I had to take the long view tourist shot of the Golden Gate Bridge in a night time fog,

as well as this alternate view from Fort Baker at the foot of the bridge across from San Francisco. 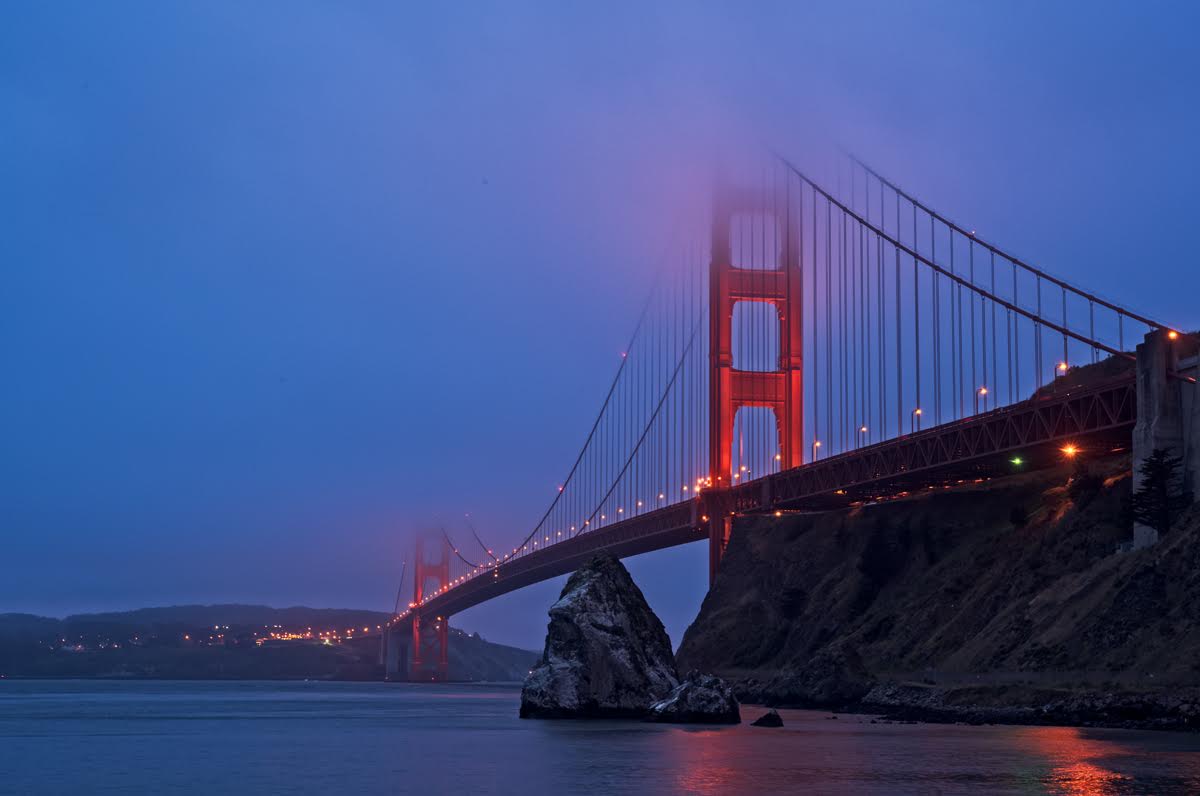 Excepting the effects of the fog itself on the image, the color rendering and resolution were impressive. Both of these shots were done with AWB, minor corrections were made to curves.

Night shots of bridges are always impressive so the next day I went to Muir Woods to see if I could find a nice shot of the redwoods. The lighting was flat, cloud cover was heavy, but I dd take a detail shot when a bit of soft light broke through and backlighted the trees. 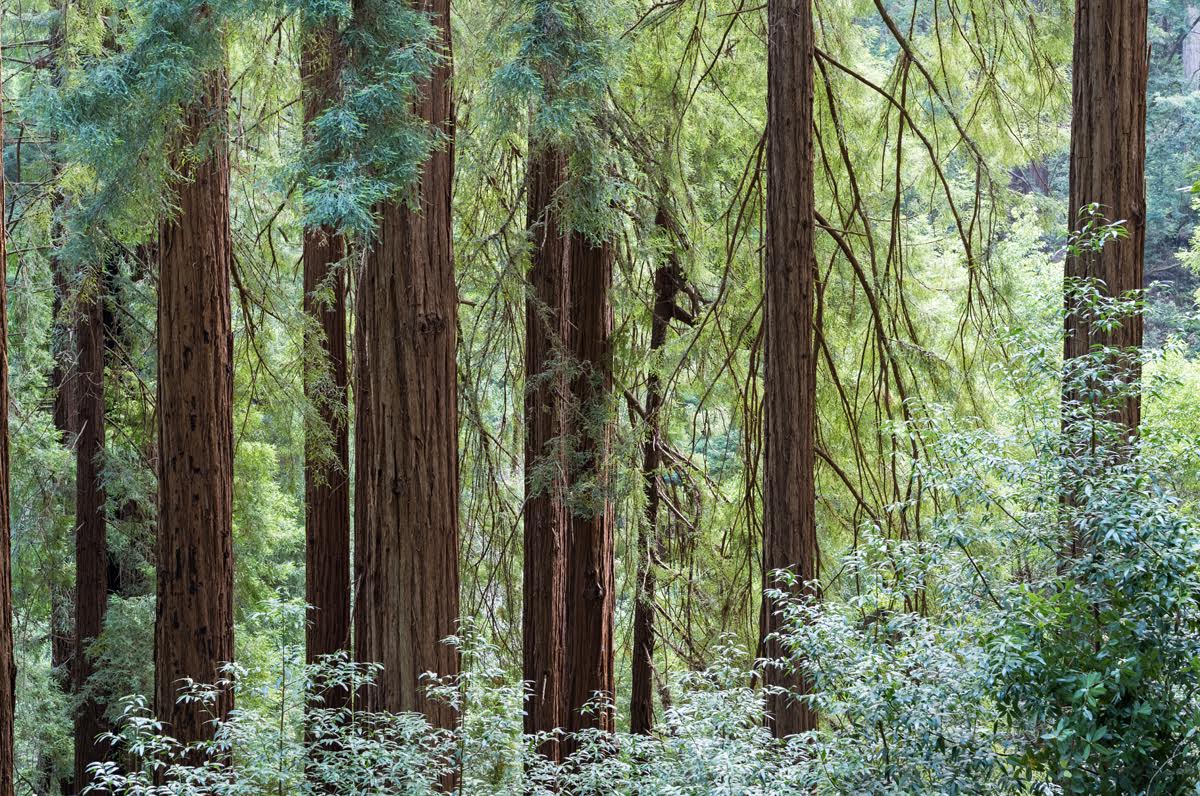 What trip to Napa would be complete without vineyard shots. Again, the Leica S did not disappoint. 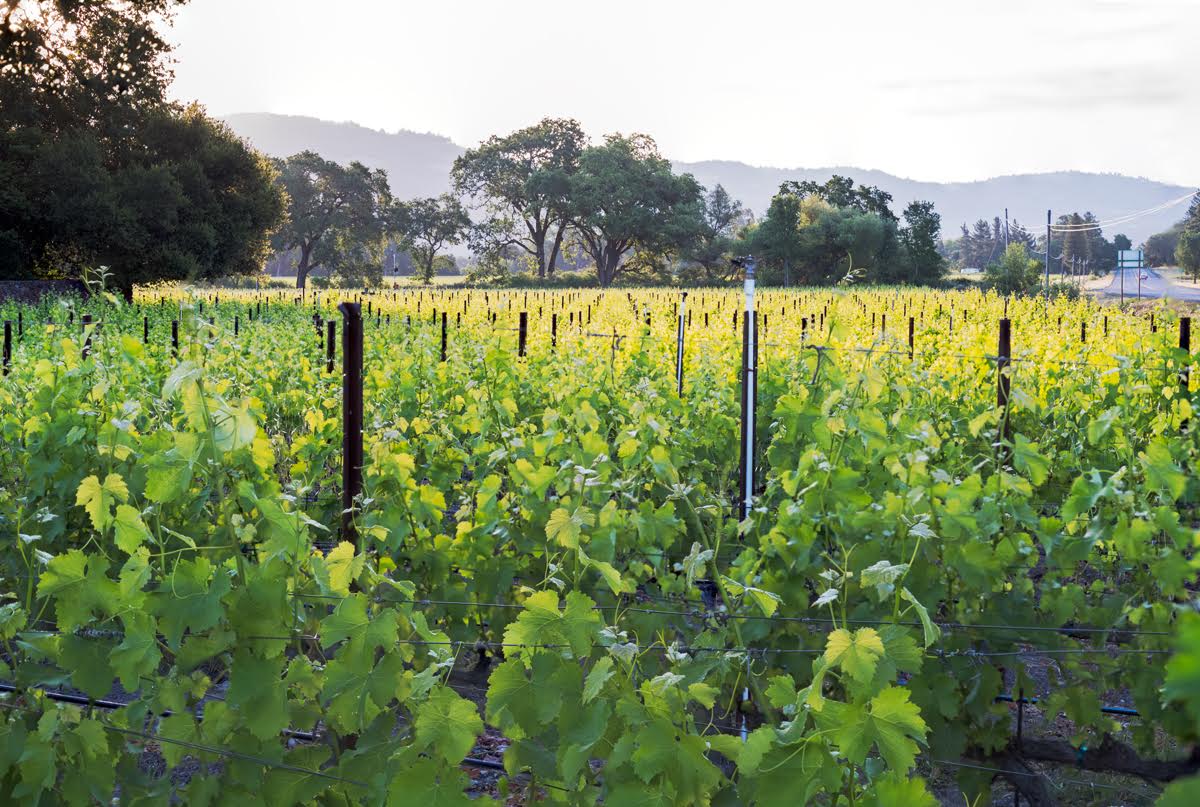 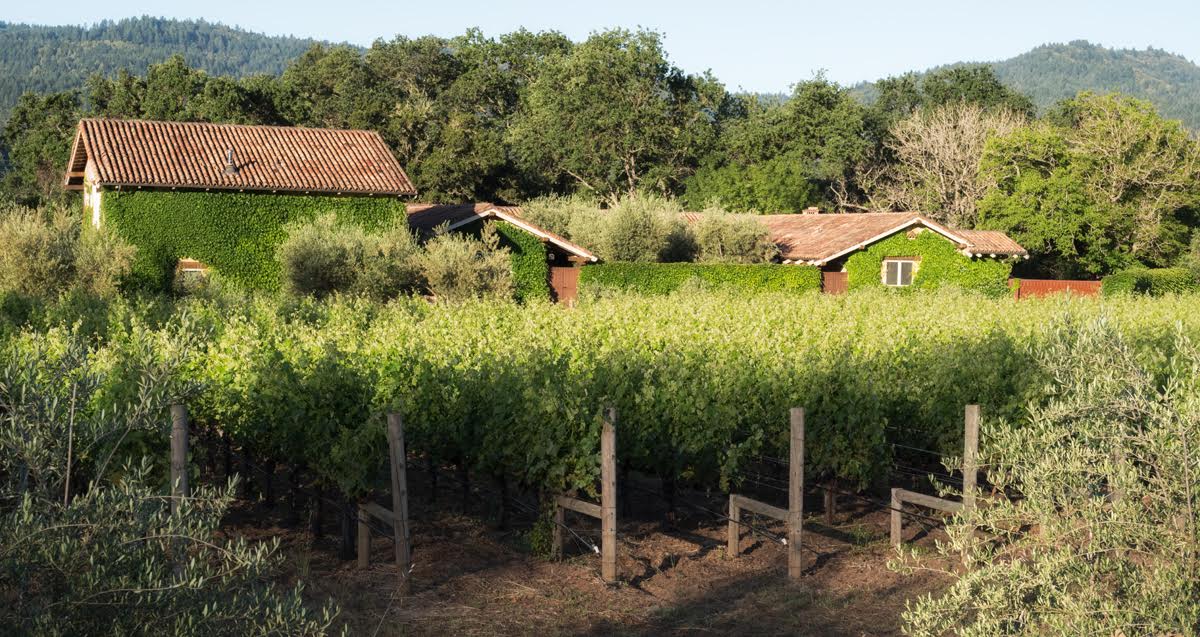 I started my career over 37 years ago as a portrait photographer. I photographed joyous occasions in peoples lives; baby’s birthdays, family reunions, weddings and Bar Mitzvah as well as individual portrait studies. After about 8 years of that work, I wanted to change directions so when my lease ended I moved to an artists’  enclave on Rhode Island Avenue in Washington D.C. and made the transition to advertising and editorial photography.  In the beginning my work was editorial and people oriented. I photographed political heavy weights during the Reagan administration,  Libby Dole, Ed Meese, Robert Bork, Ralph Nader and others. On the opposite side of the spectrum were my portraits of jazz and blues icons Joe Williams, Branford Marsalis, Maynard Ferguson, B.B. King and more. In the next few years, as I was taking on more advertising and corporate clients, my work got more diverse. I was shooting everything from exploding soda bottles for Dart Industries to stunt pilot Sean Tucker doing barrel rolls over the treetops in Pennsylvania. That, by the way, was the start of my interest in aerial photography. I’ve always had a strong interest in architecture, the way light plays on structure and space. At first it was an added component in my other work. For the past eight years architectural images have made up 80% of my work load, the rest going to travel and aerial photography. I work closely with architects and developers with the goal of replicating in photographs, the natural ambiance of their projects as originally conceived.

I am currently putting the final touches on my first book,”Home Again”  a study of Washington’s iconic venues, memorials and monuments. Publication should be by the end of the year.
www.abouddweck.com