Shimrit Shoshan, a highly regarded up-and-coming Israeli pianist on the NYC scene, died Aug. 19 at Columbia Presbyterian Hospital in New York. The cause, according to her press representative, was cardiac arrest. She was 29.

As stated in a news release circulated today, Shoshan began playing organ and flute at age 8 and eventually matriculated at the Thelma Yellin School of the Arts (also the alma mater to young Israeli jazz greats like the Cohen siblings). She came to New York in the 2000s, studying at the City College of New York and the New School. Her teachers included Kenny Barron, Reggie Workman and Charles Tolliver. Shoshan appeared at some of the best jazz rooms in New York City, and in 2009 was a finalist in the Thelonious Monk Institute Ensemble Competition and the Mary Lou Williams Women in Jazz Competition. 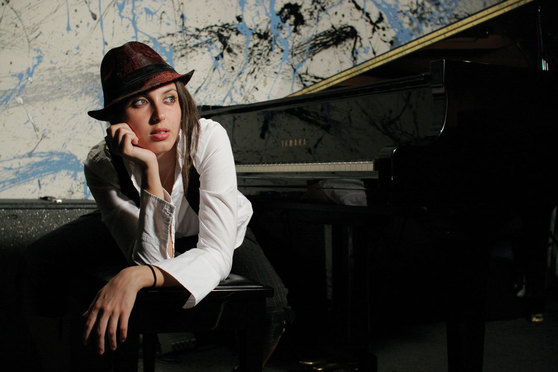 Shoshan played a well-reviewed early morning set at the 2011 Winter Jazz Fest in NYC, and her self-released debut, Keep It Movin’, featured a top-notch lineup including Eric McPherson, Abraham Burton, John Hébert and Luques Curtis. After the album’s release, Shoshan explained to JT’s Aidan Levy the level of commitment a good recording requires. “It takes a long time to release something very personal to you. A lot of mental work is, am I ready to do this?” she said.

A memorial event will be held this Sunday, Aug. 26, at Smalls Jazz Club at 5 p.m. Another event is slated for Le Poisson Rouge sometime this fall.