I was born February 24, 1966 in Toronto, Ontario, Canada, and have been involved in photography since 1978.  I am a commercial photographer based in Linthicum, MD, and have been running my business, Direction One, Inc. since 1997.

from the Still Photography Program

Numerous exhibits at small area retail galleries with other artists.

These photos are impressions of where I’ve been, what I’ve seen and the feelings these encounters have evoked.  Call them my visual “curriculum vitae,” or at least a small sliver of it.

Through this work, I have documented the loneliness and solitude that is part of life and part of our collective emotional experience. They are a glimpse into what I’ve passed through and some of the moments I’ve witnessed.

Nothing is planned, staged or sought out. These are simply the scenes and activities that have presented themselves to me when I was ready for the unexpected.  And either by accident or design, these are the photos that I am compelled to make at this time in my life.

This is a record of my own personal road, with its unplanned twists and impulsive turns.  At times I’m certain of my direction; at others I’m stuck at a crossroads, unable to choose between divergent paths.

The creative road is neither orderly nor routine, and these images capture what I see as the surprise, fear and joy of living.  I never know what’s around the corner or where I’ll end up.

There are currently 35 photos in this portfolio, and with the exception of three images from the 1990’s, all were created within the last three years.  They each measure approximately 11”x16”, and are matted/framed 20”x24”.  They are all archival pigment prints.

Additional photos from this series can be found online here:

It has been 10 years since my wife, Jill, was diagnosed with Multiple Sclerosis. The road has been rocky at times but Jill is determined to lead a “normal” life, despite it all.

My daughter Eden has created a team for the MS walk this year in Boston, “Team Mama Shosh”, & a web page for donation and create awareness for MS.

I am reaching out to you to get on board with our team and to see if you would consider sponsoring Team Mama Shosh.

Please let me know if you would consider participating in and in what capacity.

We are also in the process of designing team shirts, that we would offer for sale and would be happy to add any sponsorship co. logo.
*
Please take the time to read & support the MS walk, my daughter, Eden Shoshan, and Team Mama Shosh in anyway you can, you can walk with us, you can make a donation, you can help us promote the event, you can help us create awareness and help the MS society find a cure and or better the life of MS patients. 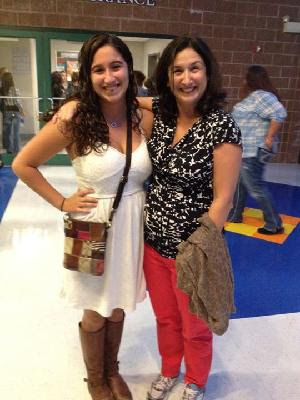 Why I Participate:
Multiple sclerosis affects millions of people, including my mother and best friend, Jill Shoshan. This year marks ten years since her diagnosis, and I have watched throughout my childhood both her strength and subsequent toll the disease has posed on her mentally and physically. I registered for Walk MS this year in honor of her strength. Walk MS is a chance, with each step, to bring us closer to a world free of MS.

About MS:
Multiple sclerosis is an unpredictable, often disabling, disease of the central nervous system that interrupts the flow of information within the brain, and between the brain and body. Millions of people are affected by MS and the challenged of living with its unpredictable symptoms, which range from numbness and tingling to blindness and paralysis. The progress, severity, and specific symptoms of MS cannot be predicted, prevented, or cured, but advances in research and treatment are moving us closer to a world free of MS. I am asking you to support me in making this dream a reality. I have seen first hand the toll it has taken on my mother and family, and I am determined to contribute to changing the future.

Every step matters. Every dollar counts. Every person makes a difference.

Do it for Mama Shosh

For those of you who know my mom, you know that, besides being sassy and animated, she is the most selfless human being in the entire world. She is constantly doing for others, never asking for anything in return. Throughout these ten years and the confusion of handling MS and thecurveballs that come with it, my mom has never let this disease define her. Instead, her warmth, generosity, and strength do. I am fundraising and walking for her–and to give back to her. If there was ever anyone who deserved it, it would certainly be her especially in her condition.

This year, I will be walking in honor of her strength to not just live with MS but to have a life with MS.